Disclaimer: This post is not about food, or about tuberculosis. So if you were looking forward to hearing my thoughts on either of those topics and will be severely disappointed by anything other than that, then desist now.

Note: I know I’ve got basically two titles, disguised with a colon, but I think that, creatively, this is acceptable. Like ‘Dr. Strangelove or: How I Learned to Stop Worrying and Love the Bomb’, which, incidentally, is a great movie.

Many people are under the impression that the only way that they can influence the political agenda or contribute to changing society in a meaningful way is every four or five years, by going to the ballot-box and voting. Some are even cynical about that (and understandably so). People consider voting to be their civic duty, or at least consider it to be a civic act, and one of the only times that they can be a part of the political process.

For the most of us, our political participation begins and ends at the ballot box, apart from maybe sharing an article on Facebook about Donald Trump’s latest gaffe or signing an e-petition and sharing it with your friends online. This method of political participation is commonly known as “slacktivism”, so-called because of the minimal amount of effort required to partake in it. Some among us might go a bit further, and invest more time into their political engagements. They might leaflet/canvass/campaign (choose whichever you like the best) about certain issues on behalf of a charity or NGO, or during an election campaign, they might write to their local political representative, they might write blogs (hey, I write blogs!), or more impressively they might write for an actual recognised publication (not me). They might even go on protests (can you imagine that?). These are the traditional avenues of political action that we commonly associate with “being political”, the sorts of things that we see some of our connections on social media post about, alongside with the relevant #hashtag for that issue.

Voting is, however, and probably always will be, the primary and most recognised form of political participation. But what is voting? What does your vote mean? What do we do when we vote? Voting is essentially the expression of preferences, expressed through choosing a party that supposedly best represents and shares your interests and values. In most countries, probably all countries that have a democratic system of government, citizens elect individuals to represent them in the day-to-day running of government, in parliamentary/congressional votes. We do this because the majority of us are in full-time work, full-time education, or are unable to work, therefore we need someone whose job it is to decide on political issues for us.

Though the other aforementioned methods of political participation do express preferences, apart from e-petitioning they aren’t measurable or quantifiable in the same way that votes are. They have more of a qualitative and indirect impact, which, though still important, typically does not have quite the same direct influence on political outcomes. And in the case of e-petitions, though they are quantifiable, even if one million people sign one, there is no real incentive or coercive mechanism for governments to transform that support into policy or meaningful change. Simply put: they are largely words unsupported by actions.

Voting is relatively unique in that it is direct and transactional. It is directly communicating with the political establishment, and it is transactional in the sense that you have something that politicians (or political representatives) want and in fact depend on. Your vote is an incentive for them to behave in a certain way. But voting isn’t an entirely unique form of political participation, and politicians aren’t the only influential actors that we can lobby or incentivise to pursue our interests.

It may be too extreme to say that every act is a political act, but it’s not far from the truth. When you take public transport to work instead of driving your car, you’re expressing an interest or a priority. When you buy a book from a bookstore instead of Amazon (or whatever it is that you use in the Netherlands, you crazy Dutch &*$£#@^s, as Dr. Evil would say) you are expressing a political belief, or rather, a belief about the way you think the world should be. If it is too extreme to say that every act is a political act, then it is certainly closer to the truth to say that every monetary act is a political act. This is because whenever you buy something, you are choosing to buy that thing instead of its alternative. The things that you buy, or choose to put your money towards, represent larger values. They represent the corporations or businesses that sell them. They represent values such as how we want workers to be treated, how we want animals to be treated, what things we want money to be invested into, how we want our products to be sourced, how we want businesses to behave. When it comes to the commercial world, your money is your vote. The businesses that we choose to support are the businesses that will succeed. The products that we choose to buy are the products that will be created. Or, to use an analogy, the products and businesses that we vote for are the ones that will be elected if enough of us vote for them.

Businesses are responsive. They respond to trends, to what is popular, i.e. what people are buying, or what people are “saying” with their money. Money talks (and no, not the film with Charlie Sheen and Chris Tucker), and money speaks louder than words (I thought this was a clever little play on the commonly used phrase, that I’d come up with just now, but it turns out it’s been used in headlines by several major publications *bows head in disappointment*). It’s all good and well signing a petition saying that Walmart should pay their workers more, but if you and everyone else keeps on shopping there, why should Walmart care? Words and beliefs need to be followed-up by actions. Furthermore, we need not only operate in the negative, we can actively support businesses that promote things that we value, or that embody a value or culture that we want to see more of. It’s like Gandhi said (or at least this quote is commonly attributed to him): “Be the change you want to see in the world”, or something along those lines. But in this case, I would amend it slightly to “Pay for the things you want to see in the world”.

The idea of being an “ethical consumer” is something that I’ve only started to take seriously in the last few months, since I’ve moved away from home. I think it’s because I’ve come to have a renewed and unprecedented sense of independence as an adult, probably because of the symbolic power of not living with my parents, and supporting myself through my work that also allows me some disposable income, which means that I can think more about where and how I want to spend my money. Some of the small changes and actions that I’ve tried to make over the last few months include: 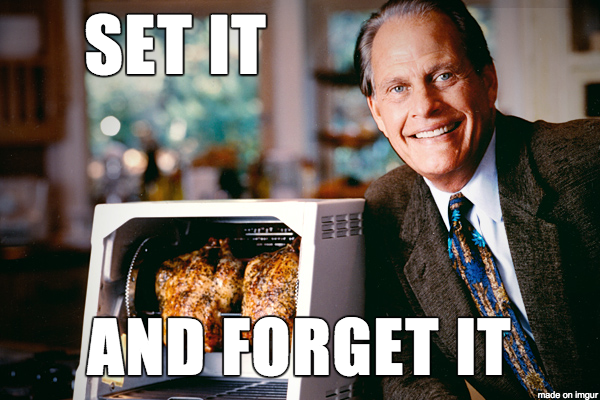 The point of this post wasn’t to virtue signal and show you guys how much of a good person I am, but to demonstrate that there are actually very small, actionable changes that you can make in your spending habits that can make the world a better place. Of course, there are limits to this concept. We all have financial constraints, we can’t all buy fairtrade food all of the time, and there are some industries in which the ethical choice is the unaffordable one, but the point is to do what we can collectively to shift the tide of social change in the direction of the way that we want to see the world be in the future. We all have values and things that we care about, so we should all do what we can to promote those values, and hopefully, if enough of us do this, then the commercial world will take notice and respond to those trends and changing habits. Political participation doesn’t begin and end at the ballot-box, it’s a daily process that we engage in with our wallets, so we should act accordingly.